The initiative, dubbed Cyber NYC, will “grow the cybersecurity sector, will leverage a roster of world-renowned partners to launch a Global Cyber Center, an innovation hub for startups, initiatives to fuel commercialization and research, and new talent pipelines to train the cyber workforce of the future,” NYCEDC said in a statement.

“New York City needs to be ambitious about cybersecurity because our future depends on it. Cyber NYC will fuel the next generation of cybersecurity innovation and talent, leveraging one of the world’s greatest threats to create a major economic anchor and up to 10,000 quality middle-class jobs,” said NYCEDC President and CEO James Patchett.

“We’ve convened a world-class roster of partners to help us execute on this essential plan, which will help protect the industries and people that make this city the economic powerhouse that it is today,” he added.

SOSA, the global innovation platform connecting Israeli startups, will establish the Global Cyber Center in the Chelsea neighborhood as a space for NYC’s growing cybersecurity ecosystem.  The 15,000 square-foot center, at 17th Street and 7th avenue, will foster collaboration and innovation with corporations, investors, startups, and talent from around the world. The center will also offer industry events, as well as a co-working space for startups and a virtual testing ground to run simulations.

SEE ALSO: 11 Israeli Cybersecurity Firms That Left Their Mark On 2017

SOSA CEO Uzi Scheffer says the Global Cyber Center will “serve as a center of gravity for the entire cybersecurity industry” and will “connect the finest talent from New York, the States, Israel, and our entire global network.”

The global platform, with hubs in Tel Aviv and New York, was founded in 2014 by prominent Israeli investors and entrepreneurs to create a place for tech innovation while also promoting joint business activity for its members. SOSA’s current network currently provides access to about 8,5000 startups, 150 investors, venture capital funds, and international corporations.

“SOSA has a long history of forging strong partnerships by bringing together entrepreneurs and technologies to drive solutions, and we look forward to doing the same for the cyber community as we grow our New York City presence,” Scheffer said. “We will see partnerships formed, pilot projects launched and strategic investments made that will positively impact New York and the world.”

Jerusalem Venture Partners, the international venture capital firm, was selected to establish the city’s first international cybersecurity investment and innovation hub in the SoHo neighborhood to “create the next billion-dollar opportunity.” Hub.NYC, housed in a 50,000 square-foot space, will support growth-stage startups, with access to clients, business support, and investment. The goal is to grow the startups into major cybersecurity companies in the city. 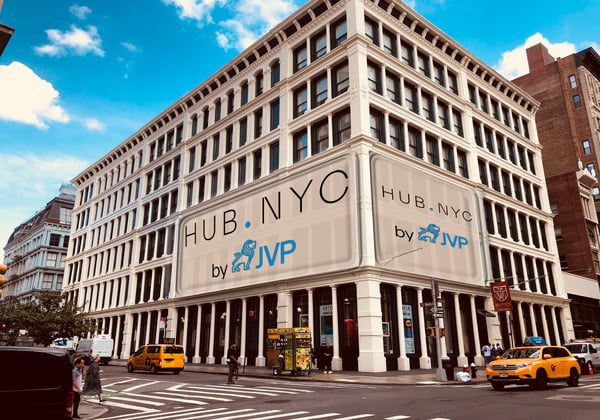 An illustration of the JVP hub in NYC. Courtesy of JVP

“We’re convinced that New York City, the world capital of finance and media, will soon emerge as the new global hub for cybersecurity,” said JVP founder and chairman Erel Margalit. “If the West Coast is the US technology hub, New York can become the international technology hub in close partnership with Israel and the international community to build the next generation of cybersecurity companies to counter the new threats.”

Hub.NYC is set to take after JVP’s current incubator models, like its headquarters in Jerusalem and the JVP Cyber Labs in Beersheba, heralded as Israel’s first cybersecurity center of excellence.

The renowned venture capital firm founded by Margalit in 1993 has raised over $1.3 billion and financed over 130 companies in Israel, Europe, Asia, and the US. JVP has invested in more than 20 cybersecurity companies since 1999 and played a role in a number of company exits, IPOs, and M&As, including PayPal’s buyout of predictive cybersecurity company CyActive and Huawei’s acquisition of database security provider Hexatier. 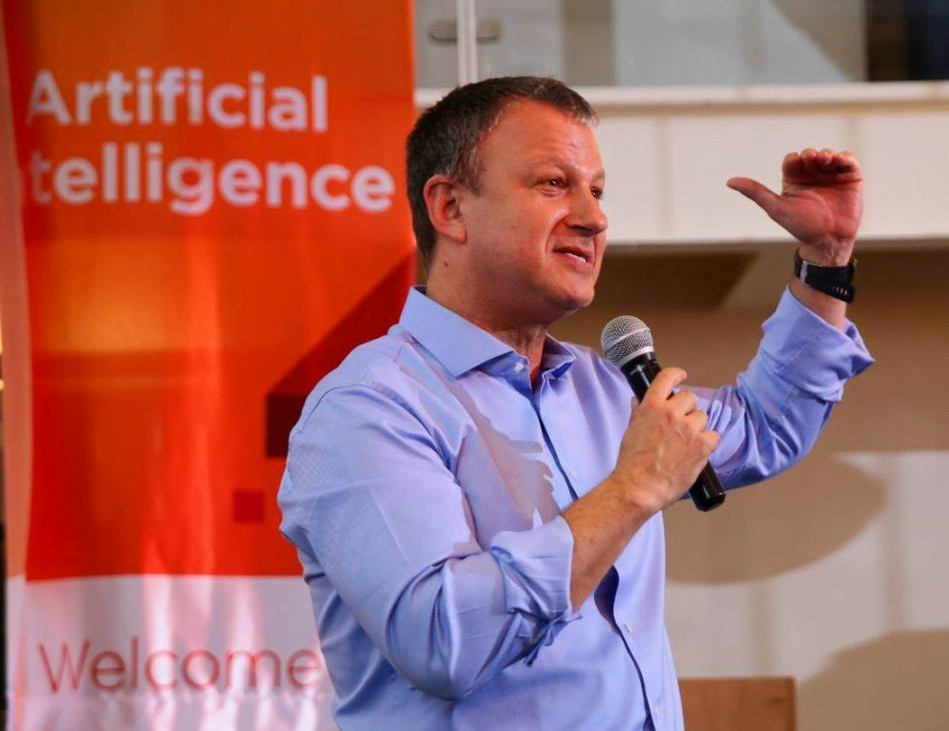 City University of New York (CUNY), New York University, Columbia University, Cornell Tech, and iQ4 will join the initiative to train cyber specialists through new certifications and degree programs for New Yorkers, the statement said. Fullstack Academy, a software development school will also lead the Cyber Boot Camp, which will place over 1,000 students in jobs with a starting salary of $65,000. There will also be a six-week prepatory course at CUNY’s LaGuardia Community College (LAGCC) where adults can learn the basics of cyber industry software and terminology before the boot camp.

The Cyber NYC initiative is “expected to catalyze the growth of 10,000 good-paying cyber security jobs over the next decade and is a key component of Mayor de Blasio’s New York Works Plan,” the NYCEDC statement said. It will be fueled by a $30 million investment, which will leverage an additional $70 million from private funding.

Industry leaders will team up as partners of the initiative, including MasterCard, which will use the Cyber Boot Camp to hire graduates of the program and Facebook, which plans to develop a new master’s program with CUNY.